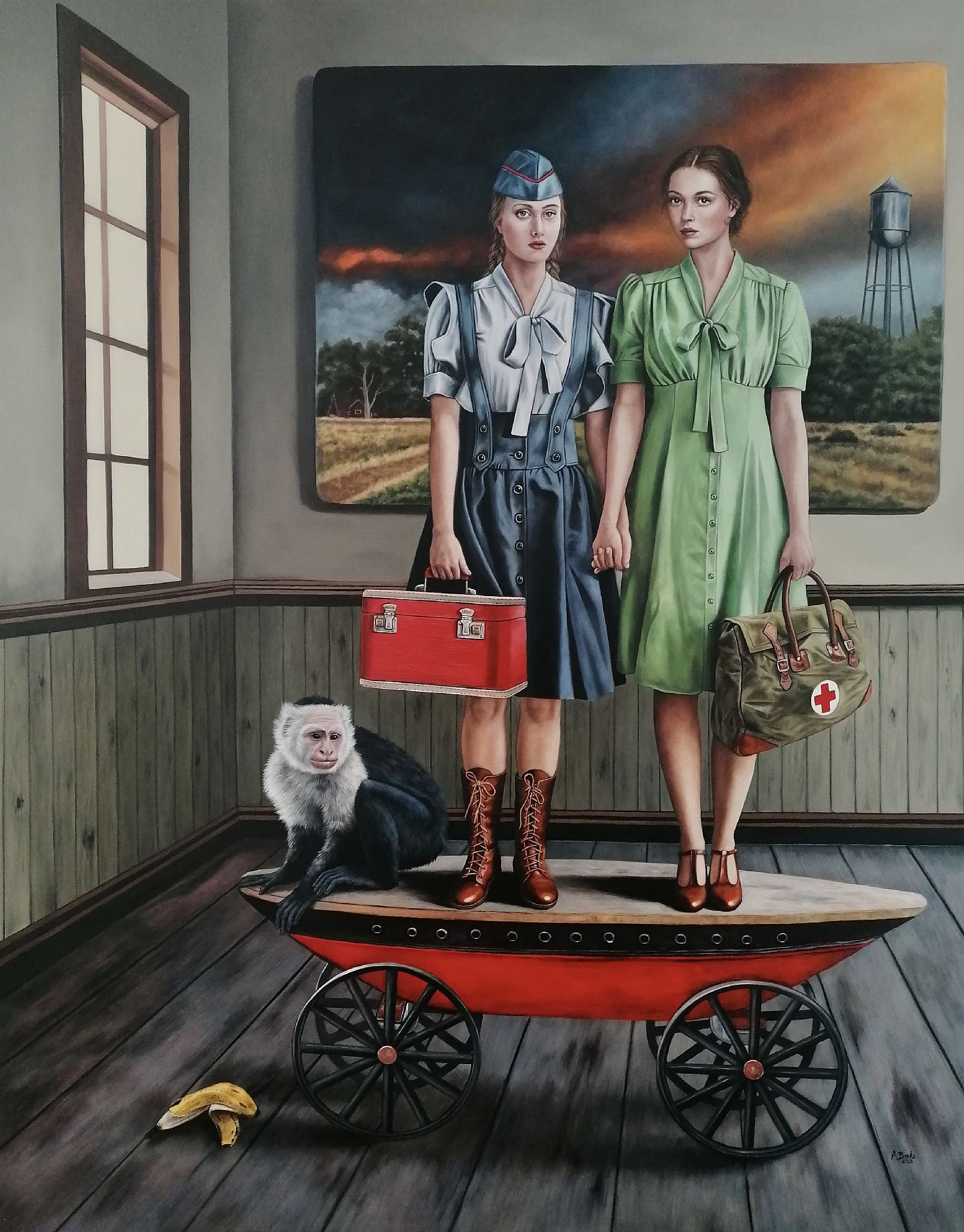 Sideways in Time by Angela Banks

Bank’s world is largely terra incognita but once in a while we are lucky to be shown a few glimpses of this strange and lovely place and its enigmatic inhabitants.

It lies not in our universe but is an alternate history, in another dimension, a heartbeat away from our own.

At once hauntingly familiar and utterly foreign, its customs are not our own. The girls and their attendant creatures seem poised about to dance but it would be a formal dance of ritual figures, a pavane or a sarabande, and the music would be that of a dream.

The laws of physics are different here and the machinery is as strange as the world.

Very fine painters are rare but even rarer are those who create an entire world of wonder and mystery and complete enchantment.